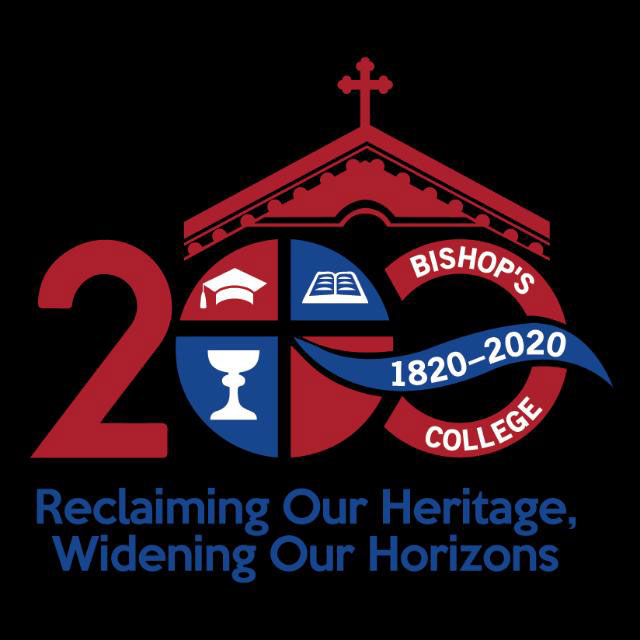 Partners in the Gospel

Bishop's College was founded by the first Anglican Bishop of Calcutta, Bishop Thomas Middleton on 15th December 1820 at Sibpur, on a site next to the Botanical Gardens by the side of Hoogly river. The original buildings still survive as part of the Bengal Engineering College. It was originally intended to serve as an Arts and Science College, as well as for the training of Indian Christians for the priesthood, and as catechists and teachers in Christian Colleges and Schools. The first students were received on March 9th 1824. The first Indian and the first student of the College to receive ordination was Christian David, a Tamil, working in Ceylon (Sri Lanka).

The plan was, the students, who normally entered the college at about the age of fifteen, will remain some five years in the college, during which the college would lay the foundation of a good education as it was then understood in England – learning Greek, and Latin classics and mathematics, with some divinity and general knowledge, and perhaps a little Hebrew – together with the study of Indian languages. After this they were to be sent as catechists to various S.P. G. Missions, and if they acquitted themselves satisfactorily then they were to be called to the college as probationers to prepare directly for ordination, between 1832 and 1837 a number of Bengali Hindu converts joined the college, among whom were Mahesh Chandra Ghose, Krishna Mohan Banerjee and Madhu Sudham Seal.

The university of Calcutta was established in 1857 and since then students in the college were prepared for the appropriate examinations of the University, an undertaking which took up much of the time of the teaching staff and risked an undue concentration by the students on their secular studies at the expenses of theology. But this was generally considered to have advantages, which outweighed and clergy and in order to cater to this need, a vernacular class was formed in the college in 1867.

With the introduction of the railway, it was felt that the college should be shifted to a suitable site in Calcutta and finally the present site at Beckbagan, Lower Circular Road (A J C Bose Road) was decided upon. The transfer of the Sibpur campus to the Government for an engineering college was signed on September 25th, 1879. The new building could not be ready immediately and the college for a time occupied temporary premises at 26 Theatre Road (Shakesphere Sarani) and finally moved to the present site around the year 1833. In the new set up of the college there was a lowere grade boarding school for Indian Christians with an industrial department attached to it, a High School and a College. The industrial work consisted of a carpenter's shop and a printing press. For teaching purposes the boys of the industrial department (around 100) and the High School (around 40) were combined and they could all read up to the entrance examination of Calcutta University. The college had around 25 to 35 students of whom around 5 to 10 were reading theology. The secular college was up to B. A. standard with Honours in England and Philosophy. Apart from these, around five people attended the Bengali Theological class where training lasted for one month. The chapel was used as a meeting hall and for examinations.

It seemed doubtful however, if this kind of institution reality represented the founder's intention, nor could the atmosphere in which the theological students had to work have been reality the best fitted to prepare them for their future work. As a result the secular department of the college was closed in April, 1915.

Since 1918 Bishop's College became purely a Theological college, serving the whole Anglican province of India, Burma and Ceylon. Between 1918 and 1970 nearly 300 priests received their training in the college among whom a good number belonged to CSI, Mar Thoma and Syrian Orthodox Churches beside the Anglicans, Methodists, Presbyterians and others.

During 1942 – 46 the college had to be shifted to Khatauli as the Government took over its building for war purpose. Till 1936 the college was affiliated to Serampore University and took its L.Th and B.D. In 1936 the Supreme Government Body decided that the college will no longer take the Serampore examinations; though it would not ask for disaffiliation. A new college diploma course was drawn up, oriented more towards the students' preparation for their practical ministry. The understanding was, the best students would spend an extra year in the college to take the B.D. By the time the college was re-established in the Beckbagan campus in Calcutta in 1946, a concordat with Serampore had been worked out by which some papers for the B.D. were set and marked externally by Senate examiners. This pattern of examination, eventually followed by all other B.D. colleges, gave Bishop's College much freedom to retain the college's own particular emphasis in the teaching and examining of subjects like pastoralia, worship and doctrine. The college in collaboration with Serampore college brought out the Indian Journal of Theology (1952 – 1985). It has been revived from 1993 after a lapse of eight years on the occasion of the celebration of William Carey's arrival in India two hundred years ago in 1793.

Since Church Union in 1970, Bishop's College has become a college of the Church of North India and the students and the faculties represent several traditions both within the CNI and out side it. It has become ecumenical and national in character and composition. This has meant broadening of vision and an enrichment of community life. Apart from the B.D. degree, the college started offering B.Th in the Bengali medium. M. Th studies in the college was started in 1973 and since 1980 this program continues under the auspices of the North India Institute of Post – Graduate Theological Studies (NIIPGTS) which is jointly done by Bishop's College and Serampore.

The following were some of the important personalities closely associated with the history of the college: Krishna Mohan Banerjee (1813 – 1885), Nehemiah Goreh (1825 – 1895), Bishop Herbert Pakenham Walsh, Bishop A J Appasamy, S. K. George, John G. Arapura, Subir Biswas and Y.D. Tiwari. Krishna Mohan Banerjee was the first Indian Christian to attempt an interpretation of Christ in relation to Hinduism – explained Christ as the True Prajapati. He was a student (1836 – 1839) and later a professor (1852 – 1867) of the college. Nehemiah Goreh, whose apologetic theology was addressed to the Brahmos, but who also tried to refute the Hindu philosophical systems, stayed in the college for study as well as for some teaching from 1867 to 1868. The saintly Bishiop Pakenjam Walsh was the principal of the College from 1923 to 1934. Bishop A J Appasamy who developed Indian Christian Theology in relation to the Bhakti tradition of Hinduism, was professor of philosophy of Religion and History of Religions from 1932 to 1936 in the college. The radical thinker S.K. George, a former student and teacher of the college demonstrated through his life that the Gandhian Satuagraha was the Cross inaction in India. He was one of the first Indian Christians to uphold the schoolof pluralism in theology of religions. the internationally well-known philosopher, John G. Arapura who has attempted through his numerous writings an intergration taught for one year in this college (1943 – 1947). Father Subir Kumar Biswas who grew into a dynamic leader and prophet in the sphere of social action during his tenure as vicar of St. Paul's Cathedral ( 1969 – 1977) was a former student and visiting lecturer of the college. Y.D. Tiwari was professor of Sanskrit and Religions (1972 – 1980) in the college and he made a great contribution in the sphere of inter – religious dialogue in his teaching and in practice.

Calcutta which is one of the most important centres of Indian culture and philosophy, is an ideal place for theological reflection and dialogue. In 1991 the Inter-Religious Dialogue Programme has been started in the college. The people of Calcutta simultaneously seek self-identity and identification with all, which an open mind. In such a free and fresh religious air of Calcutta, theological education of the college becomes progressive and creative, relevant and contextual, Hindus, Muslims, Buddhists, Christians and others meet for Seminars on various topics.

WHAT OUR STUDENTS SAY

I wanted to study BD at Bishop's College because I found the method and content of the teaching here was oriented towards developing practical skills for ministry. I also love the strong emphasis placed on field education and practical work.
Being in a city like Kolkata has also added to the charm of studying at Bishop's

I used to work with the youth of my church and thought that I needed to study further to be able to improve my skills in youth ministry. I thought that gaining a BD degree would help me be able to do this. At the college I was able to meet and learn from people from all over the country.

My grandfather and father were in church leadership and so I had an inclination towards ministry from a young age. As I grew older I experienced a distinct sense of my own personal vocation of serving God and God's people through the church. I came to Bishop's College to equip myself to serve better. I entered into this historical institution with many expectations. Every day is a new experience of learning.

Bishop's College offered me ways of reading the Bible and doing theology which combines commitment and creativity. I have found that my desire of doing a theology that arises from the perspective of people on the margins has been honed in both my course work as well as in the life of the community.